Patra De Silva is a senior business executive with extensive experience in product development, manufacturing and marketing. She is the president of Natures Botanicals, a nutraceutical company which manufactures and markets dietary herbal supplements, pet remedies and natural personal care products. Being a student of Ayurveda, Patra is a strong proponent of a holistic lifestyle. She is an innovator in the pet industry and is the president of NHVNaturalPetProducts.com, a B to C e-commerce site for pet products.

Deirdre Campbell is managing director of Canadian-based Beattie Tartan and has been entrenched in the global tourism market for more than 20 years. What began as a west-coast based boutique PR agency called Tartan in 2001, with a handful of Canadian signature experiences quickly expanded internationally, with a range of luxury eco resorts and destinations across North, Central and South America.

Janice Comeau is a strategic, trusted advisor and corporate director with over 30 years of diverse experience including award-winning CFO performance as a financial leader for business transformation. She has an established consulting practise that provides strategic corporate and financial services to a portfolio of privately held companies. Janice recently joined the board of a public cannabis company and prior to that was the Board Chair of the Land Title and Survey Authority.

CATHERINE ROOME is President & Lead Executive Officer of Technical Safety BC which oversees the safe installation and operation of complex technical systems including electrical, gas, elevating and pressure systems across British Columbia. Technical Safety BC also works with industry to reduce safety risks through assessment, education and outreach, enforcement, and research. One of BC’s senior leaders in the engineering and technology sector, Catherine has consistently delivered game-changing strategies that use technology innovation for public good. 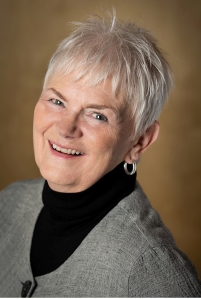 Janet is a contemporary, abstract, impressionistic artist. An active member of the Federation of Canadian Artists, her work is shown in galleries and private collections in North America and Europe.

Following a lifelong interest in art, Janet answered her visual arts calling after a successful career in finance, having built one of the top wealth management practices at RBC Dominion Securities.

She was also recognized at RBC for her passion in championing the development of women leaders within the company and in her personal network.

Her volunteer and not-for-profit work started at the age of 13 with the BC SPCA in Victoria. Since then, she has contributed her energy and experience to many organizations, including as vice-chair of the United Way, Central Vancouver Island, director of Arts Starts in Schools, committee member for CAD/CAM program at Cariboo College, founding member of Minerva BC, and chair of 100 Women Who Care North Shore Vancouver.

Besides painting and photography Janet also loves cycling, training her dog, Meadow, and all things nature.

CAROL JONES is a Principal in the international firm, Kasian Architecture Interior Design and Planning Ltd. Areas of practice include hospitals, universities, airports, public buildings, mixed use retail developments and corporate facilities. Carol has over 40 years of experience in planning and design, and her interest in design education has been reflected in teaching appointments at two universities. She is a NCIDQ certificate holder, a Certified Facility Manager (CFM), a Registered Interior Designer (RID) in BC and a LEED Accredited Professional. 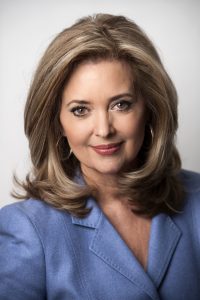 Pamela Martin is a trail-blazing and renowned veteran for women in news broadcasting in British Columbia, Canada.  She is an award-winning news anchor and journalist who brought critical issues into the homes of British Columbians for over 30 years, and is recognized as a source of fair and accurate information.

For over two decades at BCTV and CTV, Pamela was an integral member of a team that created and produced the highest-rated and most-watched local newscast in Canada.

She subsequently parlayed her public profile to become a catalyst for change in BC, helping to elect the first woman Premier of British Columbia.  As Director of Outreach in the Office of the Premier, Pamela engaged with stakeholders around the province and helped to advance issues in the BC economy for families.

Pamela recently served on the Women’s Leadership Circle Advisory Council of the Greater Vancouver Board of Trade.   She is an executive board member of the Women’s Network of BC Liberal Party and serves on the boards of the Coast Mental Health Foundation and the Pacific Autism Family Network Foundation.

She also serves on the Campaign Cabinet of the Canadian Cancer Society, which built the first Cancer Prevention and Support Centre in Canada.  Previously, Pamela served as co-chair of the United Way Campaign and Honourary Chair of the Canadian Cancer Society for the BC/Yukon region from 1998 to 2003 and has been actively involved in numerous other community organizations, including the Canadian Breast Cancer Foundation, the Looking Glass Foundation (eating disorders) and the Variety Club of BC.

Pamela graduated from the University of Michigan with a Bachelor of Arts Degree and also studied in Mexico City and Florence, Italy.

MARGARET LUCAS has been an executive leader in the Tourism and Development Industry for over 30 years. She is currently the Executive Director, Business Development for PARC Living.

She currently sits on the Board of Directors for the Greater Victoria Harbour Authority and Chairs the Infrastructure, Planning and Development Committee and the Ogden Point Master Plan Committee.

Joanne Gassman was with BMO Bank of Montreal for more than 39 years, most recently retiring from her position as the Senior Vice President of Personal & Commercial Banking for BC & Yukon Division.

She is currently a Director on the Streetohome Board, WorkWithUs Foundation, and the Bowen Island Community Foundation.  She is past Chair of the Bill Reid Foundation and the Vancouver Council for CARE Canada and a past Governor of the B.C. Children’s Hospital Foundation.

She is a Fellow of the Institute of Canadian Bankers Association and holds an MBA from Dalhousie University.

In 2015 Joanne was recognized by the Association of Women in Finance and received the Lifetime Achievement award and also by the International Alliance for Women and was a recipient of the 2015 TIAW World of Difference Award.

Mary O’Callaghan provides Advisory Services to clients throughout BC since her retirement as a partner with KPMG’s Management Consulting practice, where she led the People and Change service line in Vancouver for 10 years. Her current practice focuses on strategy, governance, and organization development.  She also works with family businesses as they transition from generation to generation.

CATHY PRESS is CEO of Chinook Helicopters. As the first female helicopter flight instructor in Canada, she is driving the aviation industry forward and has grown Chinook to be an internationally recognized flight school specializing in helicopter and aeroplane pilot training. Cathy’s current focus is on the development of simulation products to assist in high level training programs aiming to become a national leader in VR flight simulation training.